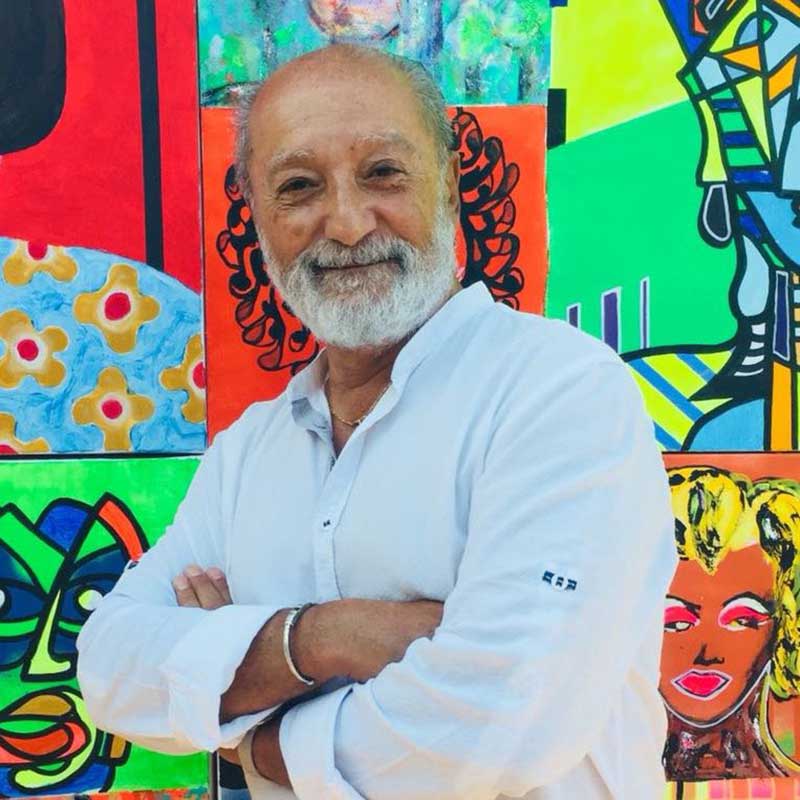 From an early age, Alain Added draws. He led a double career: artistic and in Human Resources. For him, art is a real means of escape, a way of life. After 20 years of painting, his imaginary characters took shape in his sculptures. He appreciates in sculpture the sensual and carnal relationship that he maintains with each of his creations.

Alain ADDED has participated in numerous exhibitions. He started by exhibiting his drawings in 1986, then his Indian inks, and since 1992, his paintings. At 22, he participated in his first exhibition at the Grand-Palais in Paris. He has been present at major artistic events such as Art Shopping at the Carrousel du Louvres, or at Espace Cardin and in galleries: Galerie des Cents, Galerie Tuillier, Galerie Le Cerisier. Internationally, he participated in Figuration Critica in Barcelona and Figuration critique in Korea.

For 20 years, he has also exhibited his resolutely contemporary sculptures in bronze and resin, which he melts at the Bara workshop in Dakar. Their fine and rounded shapes reveal the artist's sensitivity and sensuality.